Today, we are shipping a new public release (2015.2731) for Corona SDK, Corona Enterprise, and CoronaCards.

A major theme for this year was new platforms. With this release, we spent a lot of time in the plumbing, so that we could have a solid foundation to support Mac Apps and Win32 Apps (currently in beta).

Here are some highlights on what’s new in this release:

Check out the release notes for a full list of features and improvements. 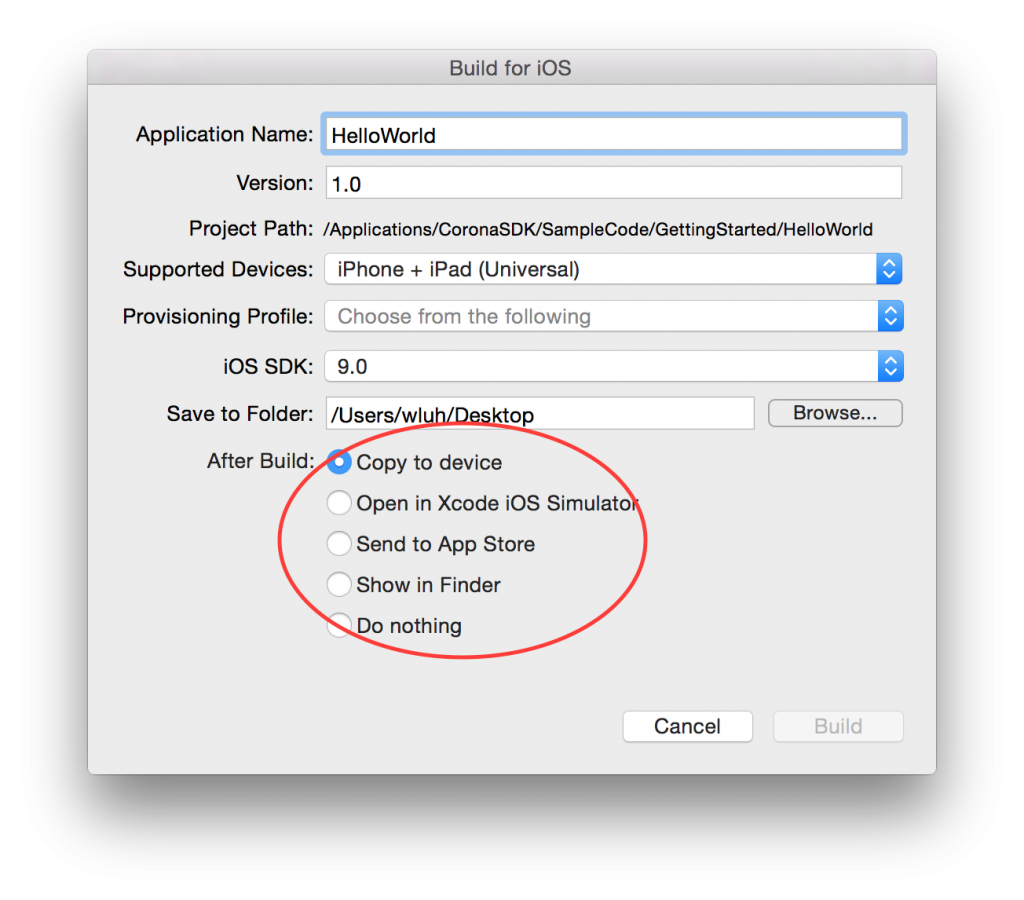 New device build dialog available in the OS X Corona Simulator.
You can choose from a number of post-build steps on iOS and Android. Shown above is the iOS build dialog where you can load your .app device build onto a device, send it to the App Store, or even launch it in Xcode’s iOS Simulator.